Saber Zribi: An Inspiration to Other English Learners 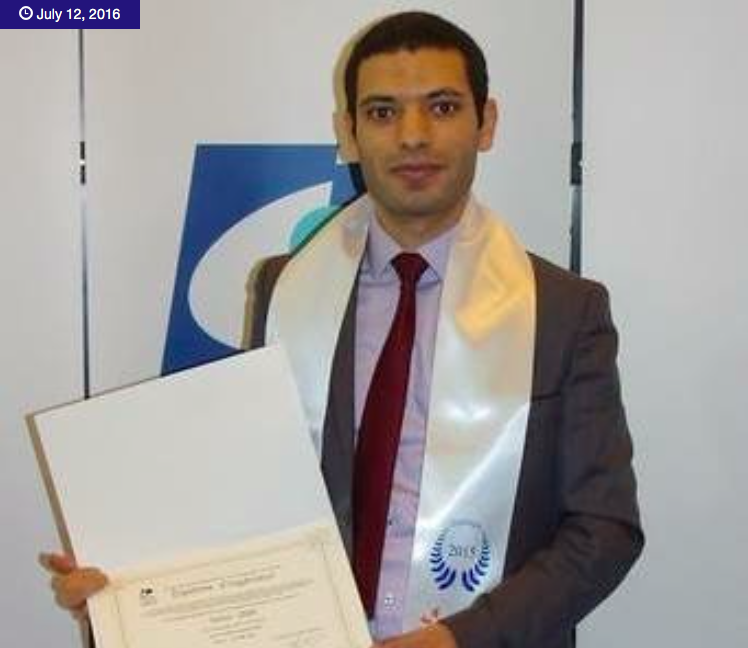 Meet Saber, a DynEd student from Tunisia, who began studying with DynEd in 2013. An excellent student, Saber had the opportunity to study in Paris in a collaborative program run by his university in Tunisia and ENSTA Paris Tech, an elite technical college in France. In order to be accepted at ENSTA, he needed a score of 795 (out of 995) on the TOEIC Test of English Proficiency. On his first try, however, he scored only 120 points.

“For eight months, I was able to put in 300 hours of study time with DynEd,” says Saber, who believes that studying with DynEd was a very good way of learning English. During his course of study with DynEd, Saber was able to improve his language skills, including listening and speaking. He also attributes his success to the guidance he received from his DynEd coaches.

“When I started learning English with DynEd, I could not understand any words in English,” says Saber. By 2014, he had improved his skills enough that he was chosen to travel to England to complete an internship program. In 2015, after studying DynEd for a total of three years, he was able to obtain a score of 800 on the TOEIC exam! Saber also earned a DynEd B2-level Certificate.

Saber has now graduated from ENSTA Paris Tech and is on his way to fulfilling his career as an engineer.